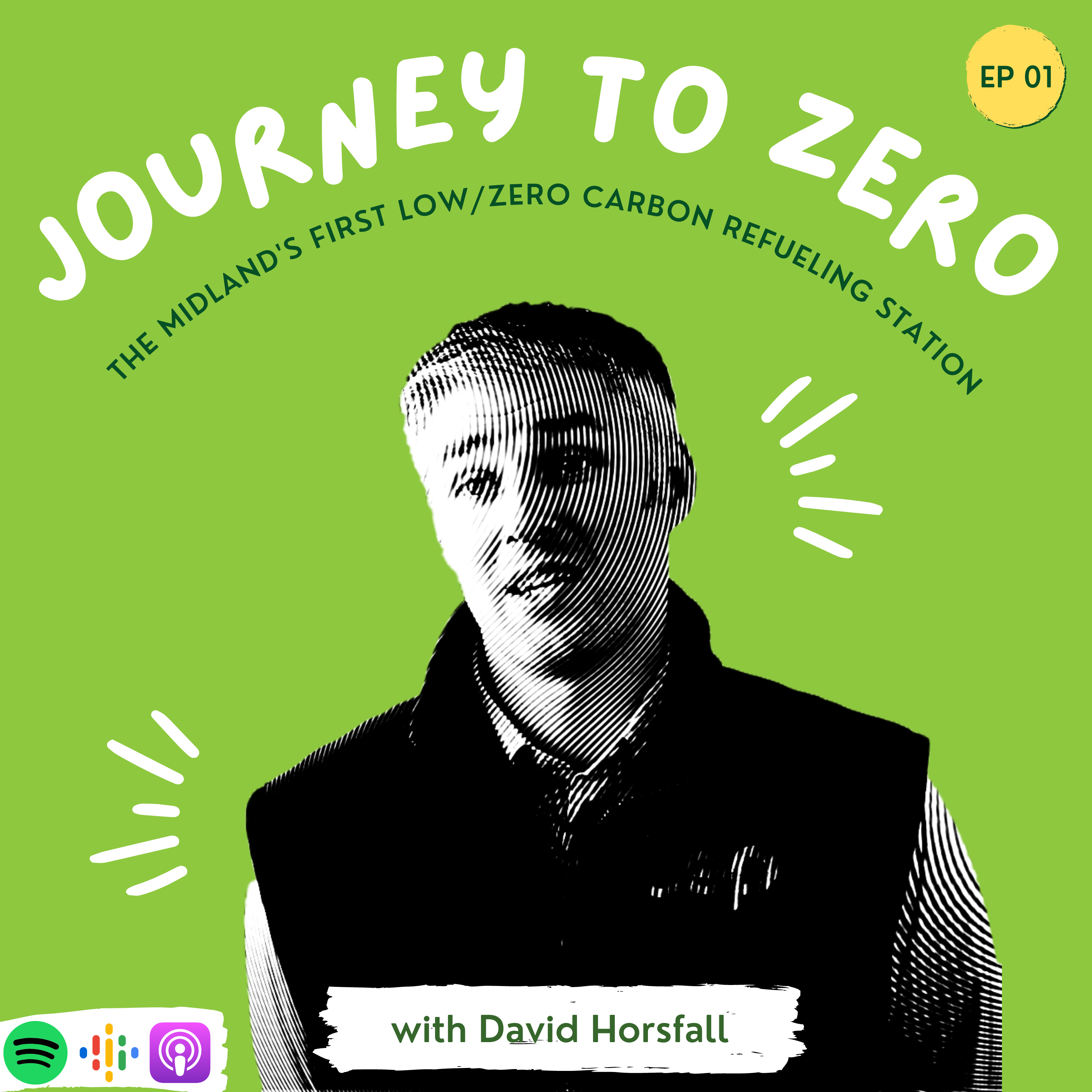 If you’ve been following Alltruck Zero on our social media, you may know that this morning (26th of April 2021) we launched our very first ‘Journey to Zero’ podcast episode.

The Journey to Zero podcast is for anyone who is interested in making their business more sustainable. On our mission to find out how we can help make our industry greener, we’re going to be talking to the thought leaders who are guiding the way on the Road to Zero. This will include everyone from truck and van manufacturers, ev battery suppliers, operators who use alternative fuels, academics and many many more interesting people.

Last month, I was lucky enough to get the opportunity to talk to David Horsfall from Tyseley Energy Park (TEP) in Birmingham, UK.

David Horsfall is a planning and development surveyor who’s spent the last 12 years working on TEP, and his mission with this project is to transform clean energy innovation across the region by stimulating and demonstrating new technologies and turning them into fully commercially viable energy systems that contribute to Birmingham’s commitments to reduce CO2 emissions by 2030.

In this session, David shares:

If you would like to listen to the full podcast, please press play below:

You can also listen to our podcast on Spotify or Google Podcasts (coming soon to Apple Podcasts).

Alternatively, carry on reading to find out what David and I were talking about.

What inspired you to set up Tyseley Energy Park (TEP)?

The project was about using my skill set to try to redevelop my family business that owned land in central Birmingham.

The Webster and Horsfall group is a 300-year-old business who make wire and wire rope, for the automotive industry, but also for mining. It was a traditional manufacturing business so, as you can imagine, we were an energy-intense business and we were growing at any cost.

We were employing 1,000 people during World War Two and, back then, it was all about how you could deliver to the scale that was being demanded. We had on-site power stations, all of which were coal-powered. There start to be lots of environmental issues on the back of that, and that’s why cities in the 1950s brought in clean air acts.

TEP gave us the opportunity to completely rebrand the place and look at how we could pull out all the great innovation that had gone into the business but move it into a growing sector.

It wasn’t what I set out to do. In fact, it’s surpassed my expectations, so it’s been quite an exciting journey. I genuinely love doing what I do, and I go home and speak to my family about it, and I enjoy talking about it at the weekends.

How did it progress into your low and zero-carbon refueling station?

We started off with the question “how do we help decarbonise transport fuel?”, and this was back in 2014 when we started this.

At that point, the aim was to reduce CO2 emissions by I think it was 80% by 2028, which is quite ambitious. Now we’re talking about becoming net-zero by 2030, so things have really progressed.

We started working with various consultants from Birmingham City Council and other stakeholders to look at how transport will transition to cleaner fuels.

We sort of said, “we’re open to working with you guys and we’d like to chuck our site in as one of the contributors to this city-wide strategy”.

They first suggested biomethane, as we’re in an optimum location for producing biomethane.

But there were so many different views in terms of what the best solution is when transitioning to low and zero carbon vehicles. So, we started opening up to other ideas as well.

We’ve still got a long way to go before people are going to get confident about transitioning to cleaner fuels. But I felt that if we were taking a bit of risk, other people might as well.

Are you planning on producing the power or any of the fuels on-site?

Our biomass power plant converts 80,000 tonnes of timber that would’ve gone to a landfill site. So, it’s waste timber that’s all comes from the local region and that burns out in a controlled environment, so fluid (fluidized) bed gasification.

With this process, your emissions are being cleaned up and recycled through the process lots of different times, and as a result, you’ve then got enough power to power approximately 40,000 homes. So, a huge amount of power that we want to use locally, you don’t want to put that out into a grid where there’s transmission losses and it’s not being used efficiently. So, that’s why we want to use this to put into electric vehicles, or into electrolysis to make hydrogen, or used within energy storage and released at peak hours.

The hydrogen is produced by converting that power and water, and that’s produced on site.

At the moment, the biodiesels are not produced on-site. but that’s not because we don’t want it to be. There are lots of different investigations into how you could produce a high blend biodiesel or a drop-in alternative from waste, and we’ve got a convergence of a large amount of waste beside us.

That would be the ambition to get to the point where we can produce a liquid fuel on site.

What solution do you believe will be the most realistic and cost-effective going forward?

They’ve all got a place.

With road freight, we’re used to diesel at the moment, and I think for long haul it’s going to be hard to get large numbers to change quickly.

I think electric may be one of the most challenging solution for long haul, you’ve got to reduce payload because of the batteries, and they have limited range. So, the growth of that is challenging, but maybe those working on eHighways will prove me wrong.

With that being said, who knows what’s going to happen with carbon taxes and tougher emission standards in towns. That’s going to be something that might get operators to spend more on low emission technology. So that makes me think, well actually, there could be a quicker movement.

All these things I’m balancing out, and you can apply all these different pros and cons to each of the fuels. So, I’m spreading my bets. I’m assuming there’s going to be a mix.

If you’d like to hear more from David Horsfall and his incredibly exciting project at Tyseley Energy Park, you can listen to the full podcast on Anchor, Spotify, Apple Podcasts or Google Podcasts. You can also find Tyseley Energy Park on LinkedIn, Twitter, and their website.