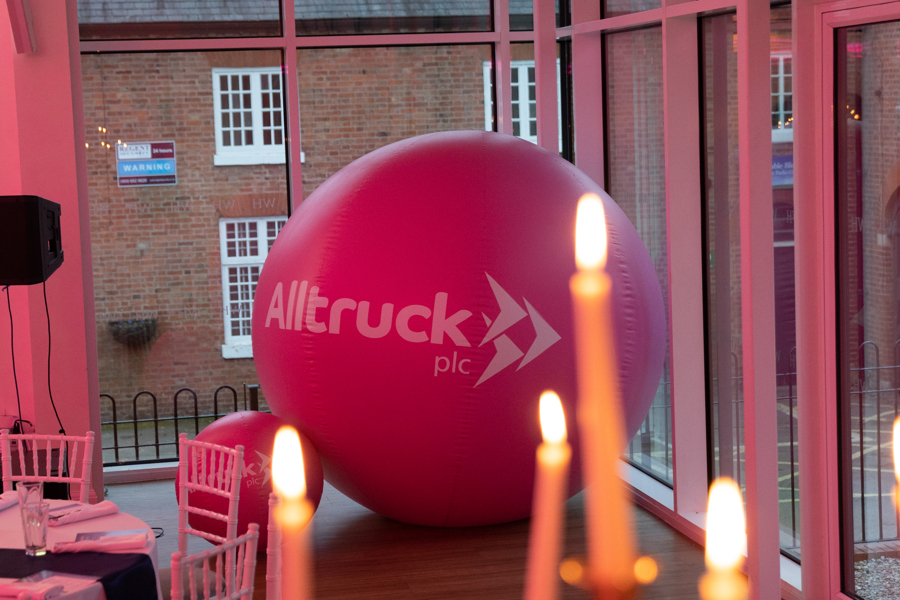 The Alltruck Annual Awards Night is an occasion where our colleagues, customers and suppliers join together to celebrate all of our successes of the year.

The awards returned to luxury hotel, Winstanley House in Leicester following an enjoyable ceremony at the venue last year.

The focus of the 2019 awards was ‘Alltruck at its best,’ showcasing the talent, teamwork and commitment of our people and those that we work with. Our drinks reception was kindly sponsored by Lombard.

Alltruck has enjoyed another great year, with the successful implementation of stage 1 of Odyssey, growth of the contract hire fleet by 150 vehicles, record vehicle sales from Alltruck2 and contract hire renewal rates being at their highest levels for years, amongst many other achievements.

On the awards night we were also joined by guest speaker Mark Fritz, an internationally recognised speaker who gives talks across the globe on leadership and the power of ownership. 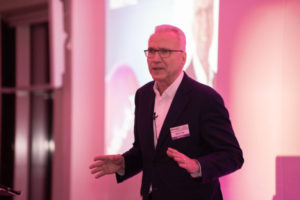 This year’s nominees were Ford & Slater, Adam Harris, Santander and Freeman Clarke. This award celebrates and recognises the valuable partnerships we have with businesses that in turn help Alltruck. 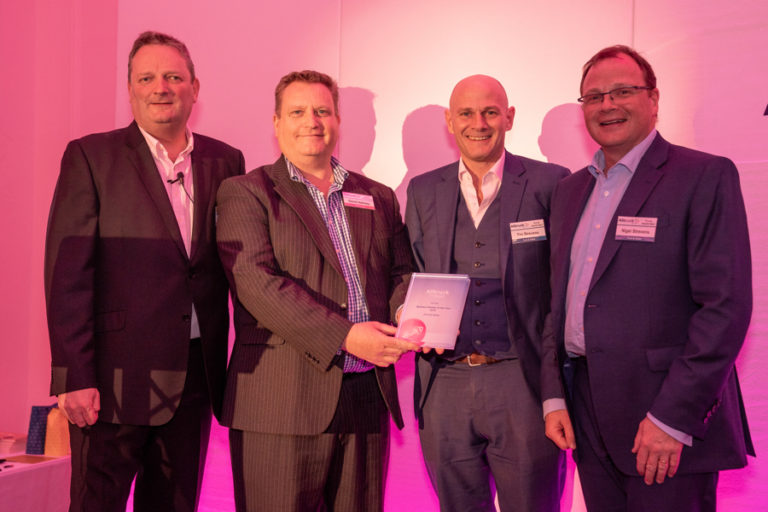 This award recognises the positive impact people who have recently started their journey with Alltruck have had. The nominees were Daryl Stocks, Laura Pugh, Clare Cliffe and Nick Blain. Laura Pugh was presented with the award in recognition of her positive, can-do attitude and willingness to provide help and support to her colleagues in the Fleet Team. 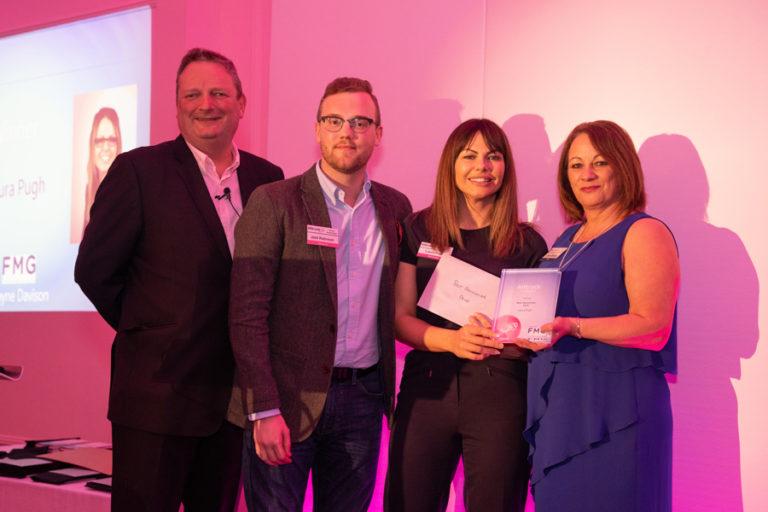 This award reflects our values as an organisation and is always fiercely contested, with a strong core of nominees. Lisa Mayes, James Ball, Ben Smith and David Halliday were nominated this year. Ben Smith was crowned the winner: he is never afraid to get stuck in and has worked hard to help integrate and support the new members of the workshop team, showing them the Alltruck way of doing things. 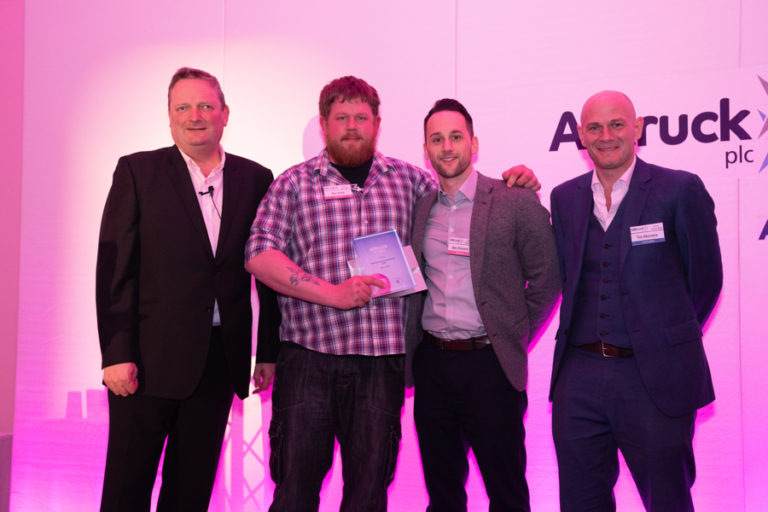 Four teams were up for the Team of the Year award: Executive, Accounts, Sales and Rental. The overall winner was the Executive Team, who together have worked hard to execute several strategies across business in order to inform, motivate and empower their respective teams. 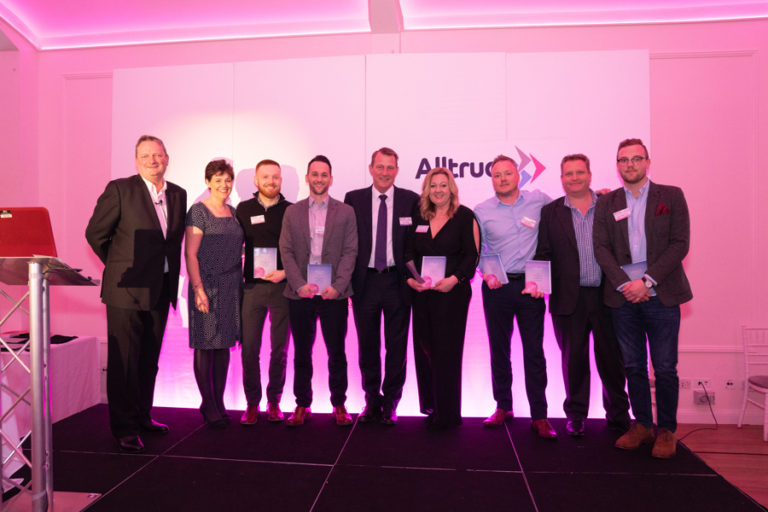 The purpose of this award is to recognise the development of our people, which is a cornerstone of the Alltruck mission. In the running for the award were Adam Stanton, Clare Cliffe, Robin Gerrard and Ollie Bagg. Clare Cliffe was announced as this year’s winner, testament to her work ethic and commitment to her role, as well as her enthusiasm for learning and improving her skills. 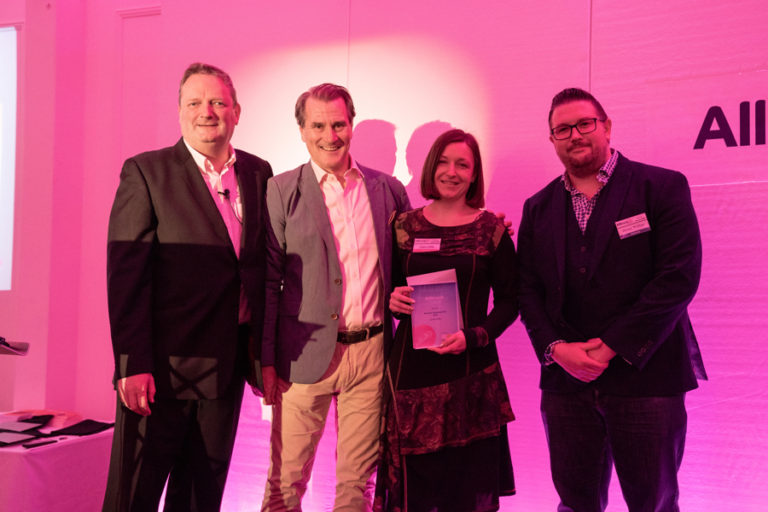 Employee of the Year – Trevor Smith

This award recognises individuals who have gone the extra mile to ensure Alltruck’s success. Nominated for the award were Wayne Nicholson, Helen Allen, Trevor Smith and Andrea Collier. The winner was Trevor Smith, who has shown great passion in supporting the Loughborough workshop and its new system going live, as well as motivating those around him. 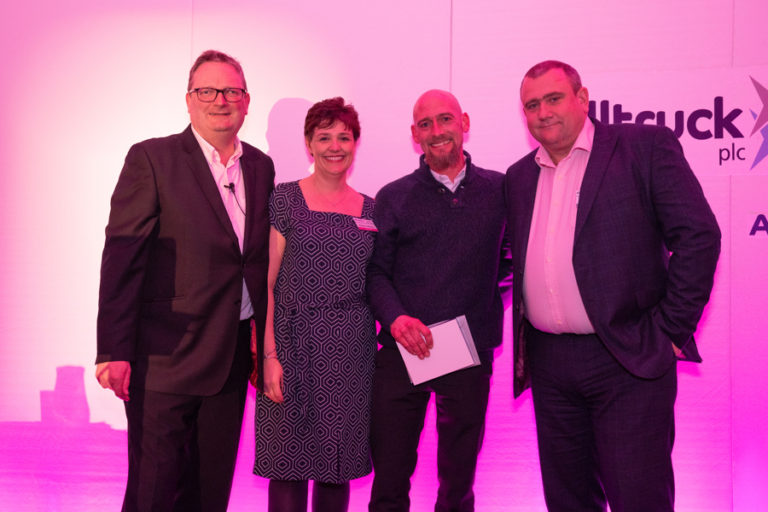 Those nominated for Players Player were Laura Pugh, Andrea Collier, James Ball and Trevor Smith. The people of Alltruck voted for Andrea as their winner. Andrea ensures that morale at the Nottingham depot is always high and reflects the values of Alltruck at all times. 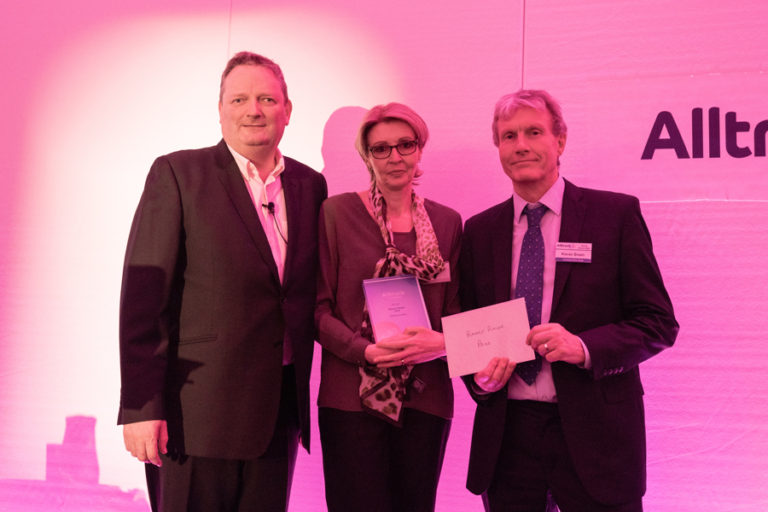 “There have been many heroes in Alltruck across the last year, and at all levels, so there were some extremely strong contenders for the 2019 awards. I would like to say congratulations to all of our nominees and winners, who have clearly demonstrated the Alltruck values and the solid foundations we are built on, in being committed, progressive, passionate and proactive.”

You can take a look at some of our snapshots of the night here.