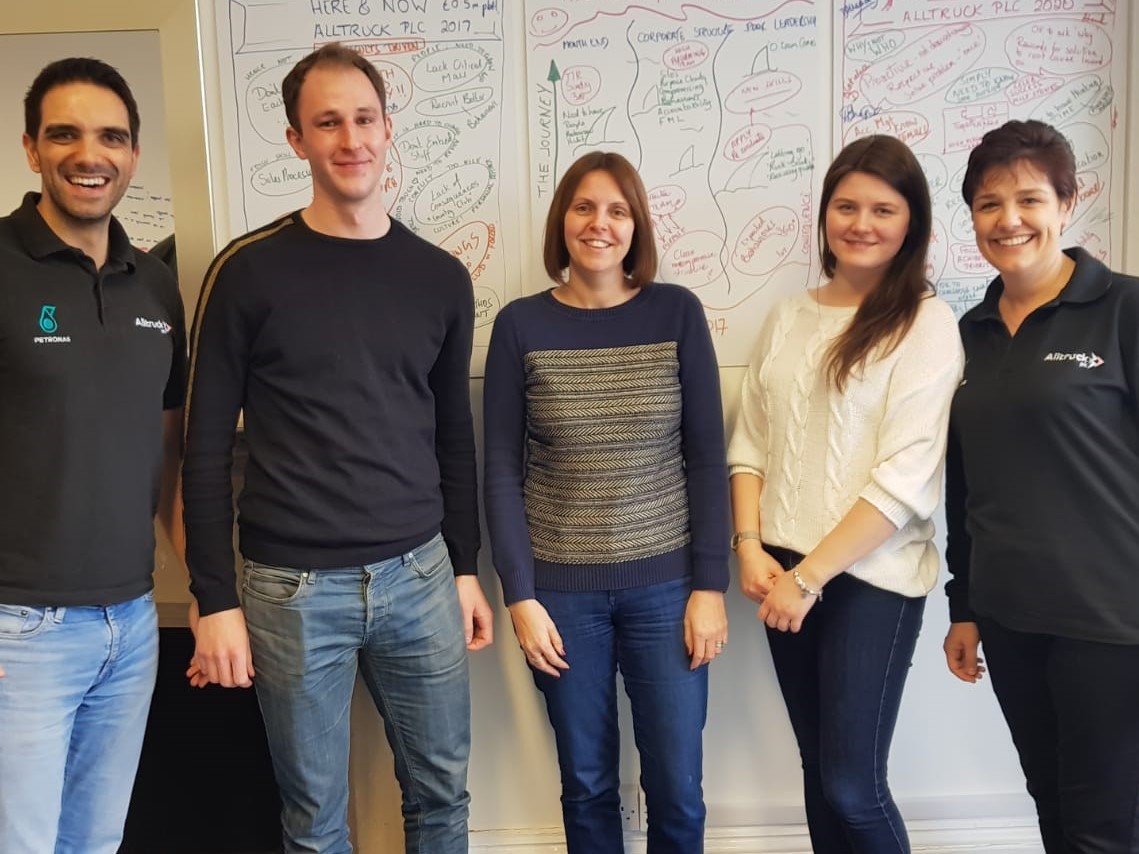 The Alltruck team behind the project to configure and install Jaama (new fleet management software) has been awarded the Employee of the Month award for November.

The Odyssey team which comprises Debbie Halliday, Natalie Coates, Natalia Dembinska, André Leal and Oliver English has successfully implemented the new system across the company and it is already leading to efficiency gains.

Julie Rix, Financial Controller, said: “The Odyssey team is working so hard under pressure to make sure the implementation of the new system is a success. They’ve scoped the system, sold it to colleagues, delivered training to everyone, tested it and tweaked it.”

The success has been a long time in the making with the idea for a new fleet management software first floated over two years ago.

David Halliday, Loughborough depot’s General Manager, also pointed out the hard work and late nights that the Odyssey team has put in to ensure the project is a success.

Oliver English, Continuous Improvement Co-ordinator, has been with company for nearly four years, said his biggest achievement to date is working on the new fleet management software project: “It would have to be the cleansing of our data, prepared for the conversion of data from CDK to Key2, to start in the new system with clean and correct data is imperative.

“Having accomplished this is very satisfying. Another big role for me was configuring the system, again this was also a personal success for me, the work involved and end result was very successful!”

Oliver is already heralding the improvements of the new system saying: “Without a doubt Key2 is going to enable us to become more efficient, effective and grow to allow us to hit our 2020 vision.

“Already in the early stages of going live we are seeing efficiency gains, this will become even more evident within six months when the real tangible benefits of the system are embedded as part of ‘phase 2’. Exciting times ahead!”

He added that the motivation and enthusiasm from the wider Alltruck team helped make the project such a success.

The system is still in the embedding stage, however the whole company is behind the project and it is already making processes more efficient and effective.

With five different team members, Alltruck decided to break from tradition and give each member of the team £50 to donate to a charity of their choice: