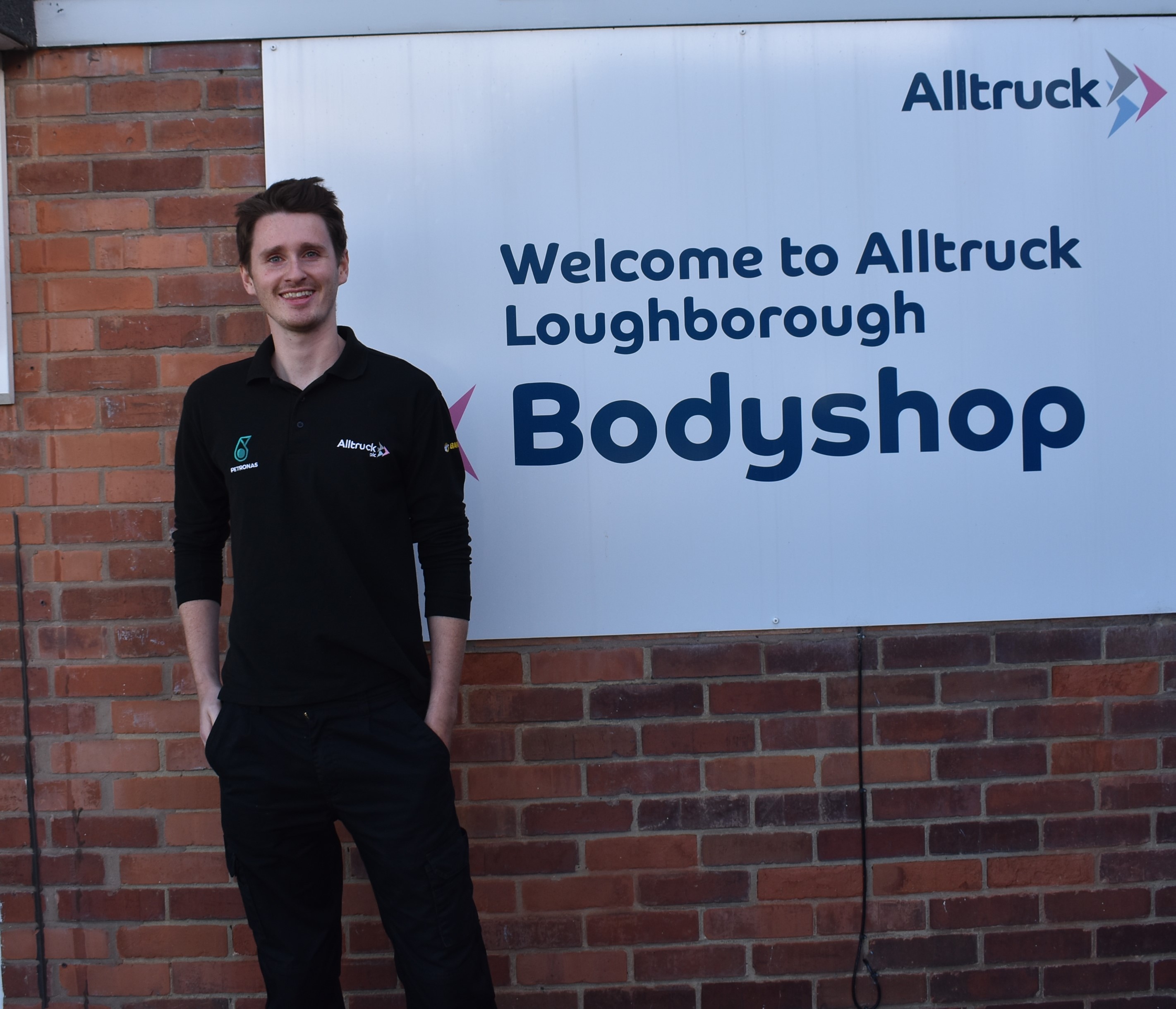 Robin Gerrard has won the coveted Alltruck Employee of the Month award for August, following excellent work as the Engineering Graduate in the Loughborough depot.

Robin only joined the company six months ago as a Graduate Mechanical Design Engineer but has already made a big impact.

He has already shown a level of commitment to Alltruck, by moving hundred of miles from his home of Scotland to take the Engineering Graduate role and has continued to show this level of dedication within his job.

This was exemplified in August when Robin was handed a significant number of damages assessments to complete to a tight deadline, on top of his normal responsibilities. However Robin managed to complete the task thoroughly and ahead of time.

Ben Dinmore, Head of Sales, said:  “He managed my expectations well and didn’t get flustered whilst the pressure mounted to have these completed, by Thursday all 10 had been completed.”

Ben also mentioned that the accuracy and quality of the work is making everybody’s life easier.

Robin has decided to donate his £250 prize money to the Fiona Flower Fund which aims to raise funds for breast cancer research and physical therapy to help get patients back on their feet. The charity was set up in honour of Robin’s aunt, who sadly passed away from the disease.

Whilst Robin has not been at Alltruck long he has settled into the team well, with his manager David Halliday saying: “He is quietly making a huge impact within his department. From a technical perspective, Robin’s work is going to change the way we do things at Alltruck for many years to come, giving both Alltruck and its customers competitive advantage into 2020!”

David also mentioned Robin’s ability to get the job done pleasing customers, and his proactive approach to his own development.

If you would like to follow in Robin’s footsteps, you can apply for the Alltruck graduate scheme in a number of different roles.