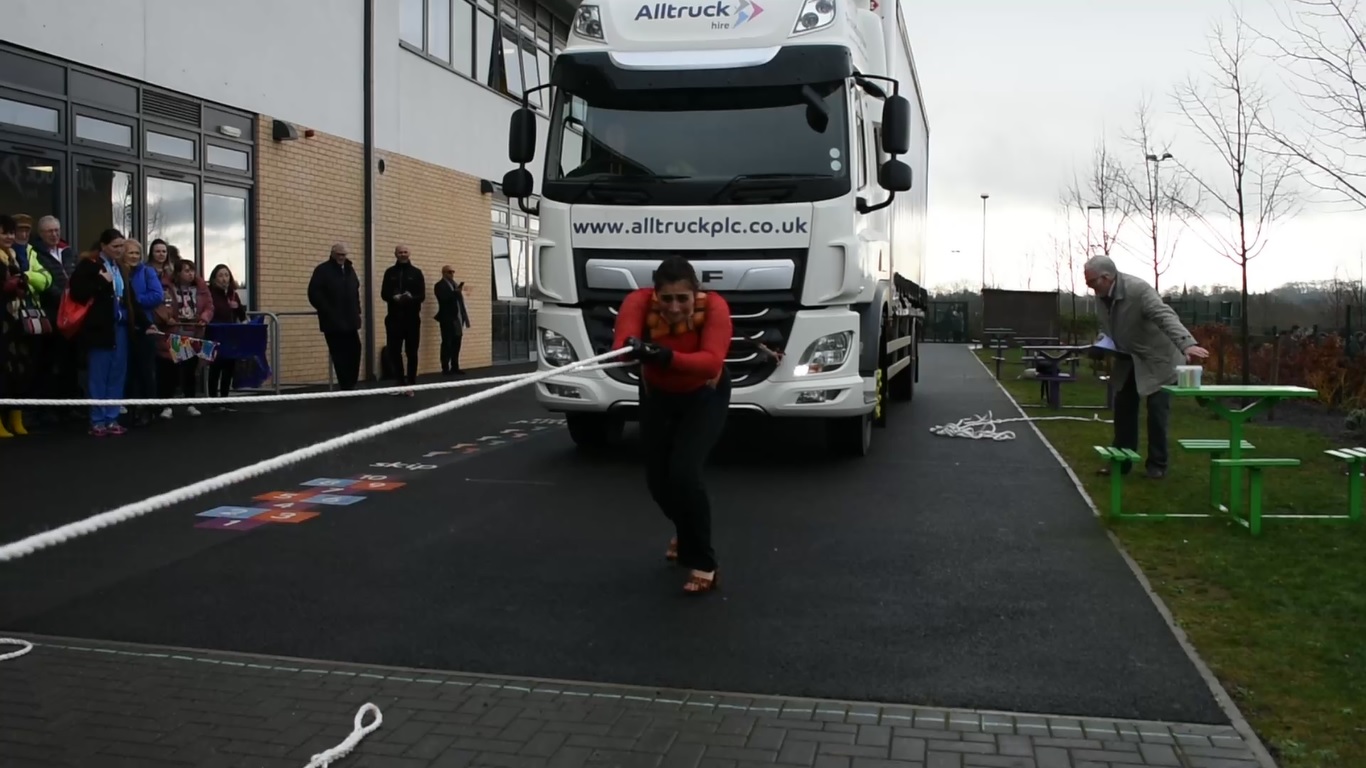 This becomes the heaviest truck ever pulled by a woman in high heels in the world and means Asha should be entered into the Guinness Book of Records after the record has been independently assessed.

The Alltruck DAF CF 250 was filled with cargo, so that it weighed 11,380 kg. The previous record for heaviest truck ever pulled in high heels was set at 6,586 kg by Canadian Lia Grimanis in 2014, meaning Asha smashed the record by nearly five tonnes.

Speaking after the event, Asha said: “The event was really good but a little bit hard, because my heels couldn’t grip properly.”

Shortly before the event there was a downpour of rain which meant that Asha only attempted the high heel truck pull and not the 100-yard truck pull as planned. However, the rain couldn’t dampen the mood of the nearly 200 students that cheered Asha on as she broke the record.

The Leicester-based school teaches over 270 students with a range of educational difficulties. The school specialises in sport so the Special Olympics is something very close to the hearts of both its teachers and students.

Former Ellesmere College student Julie Freestone will participate in the upcoming Abu Dhabi Special Olympics. The Special Olympics, which starts in March, is the world’s largest sports organisation for the intellectually disabled and marks the first time in the Olympics’ 50 year history that the event has been held in the Middle East.

Julie Freestone, who attended the event commented: “I am hoping to get gold at the Special Olympics but if not, it is still a dream come true.”

Heaviest truck ever pulled by a woman

“Here at Alltruck we like to give something back to the local community that we serve. So, when we heard about Asha wanting to break the record for heaviest truck ever pulled by a woman we couldn’t volunteer one of our trucks fast enough.” Kieran Matthews, Digital Marketing Executive at Alltruck explains.

“The fact that we can also raise awareness of the Special Olympics is a massive bonus as we celebrate the success of Leicester-based Julie Freestone.”

He added: “Whilst watching the world record attempt was great, my favourite part of the day was seeing the smile on the children’s faces as they got to jump in the truck and pretend to be truck drivers for the day!” 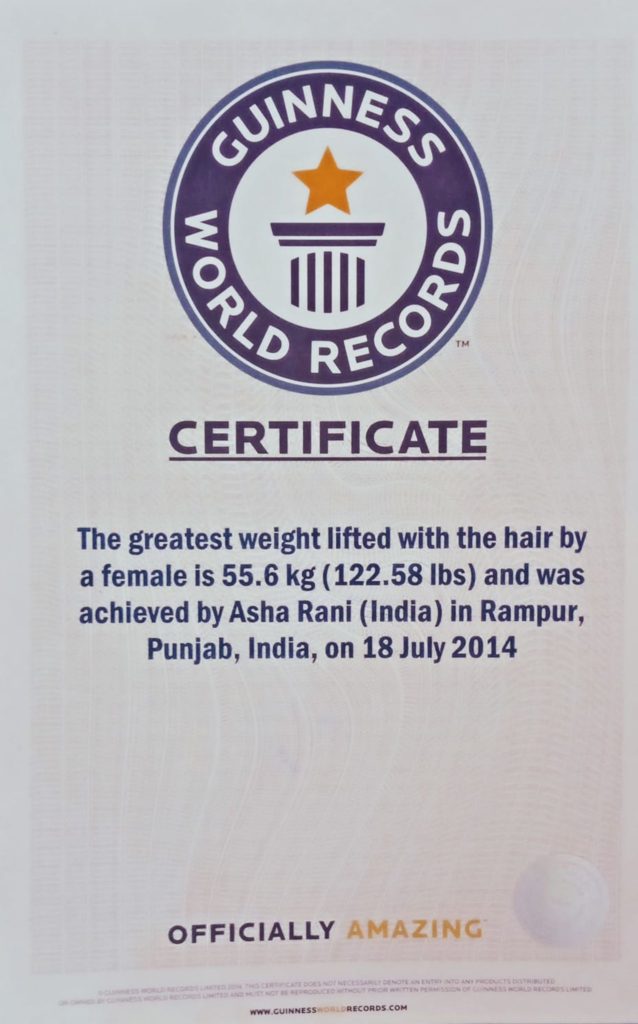 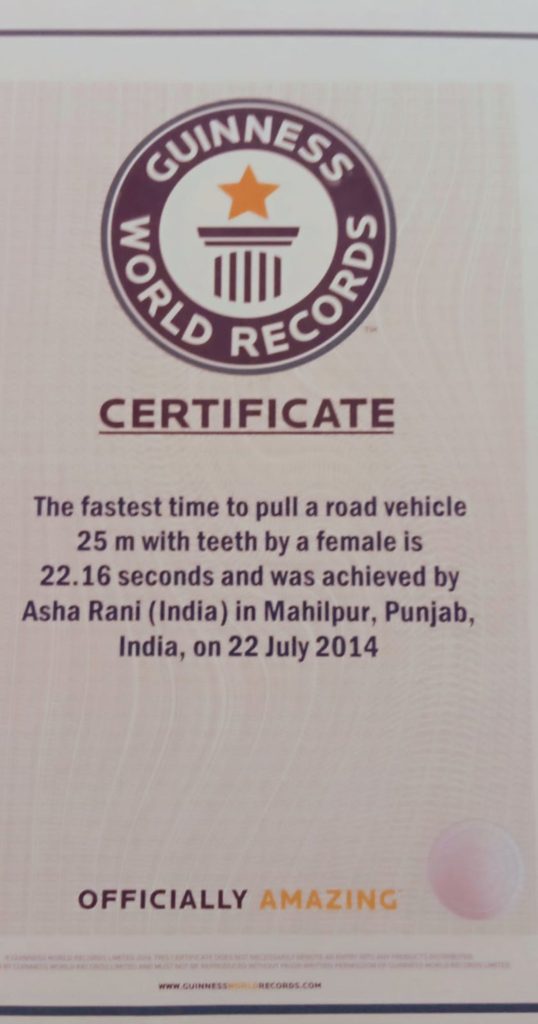 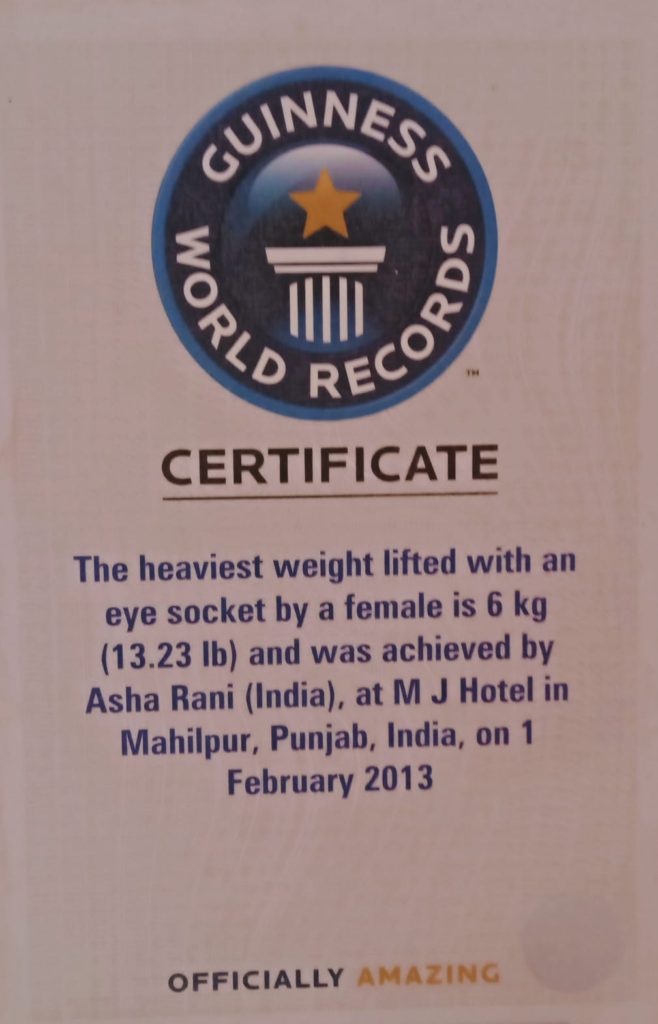 However, she still has a long way to catch up with her friend and trainer Manjit Singh, Leicestershire’s Iron Man, who has broken 69 world records.

Manjit, who has trained Asha for the last 10 years, said: “I was nervous and she was nervous because it was raining and the floor was wet and she couldn’t get a proper grip. The kids were all cheering her on and encouraging her shouting ‘go on Asha you can do it’, so that probably helped her.

“She tried four times – three times unsuccessful, the fourth time she did it. If you keep trying you will succeed. I think that Asha is a role model for the younger community and other girls all over the world.”

Steph Beale Principal at Ellesmere College, added: “It was really important for our children to see what they could achieve if they put their mind to it. It was really interesting to see when Asha didn’t succeed on her first attempt, our children cheered her along and were saying ‘come on you can do it, try and try again’ and that’s the message that we try and put across to our children.

“The children really enjoyed it and a lot of the children have congratulated Asha as well. They’ve also very much enjoyed being able to have a look a round the truck, it is something that has been very much a highlight for the children.” 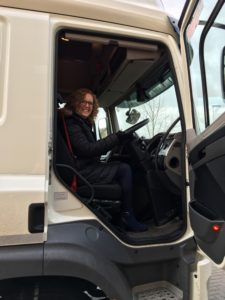 Steph also had a go at being a truck driver

Following the event, the children were allowed to look around the truck, with some taking a greater interest in the truck than the world record attempt itself!

Alltruck is a specialist in contract hire and truck rental for businesses nationally. If you would like to see how Alltruck can help your business submit an enquiry to: Journey@alltruckplc.reachtest.co.uk