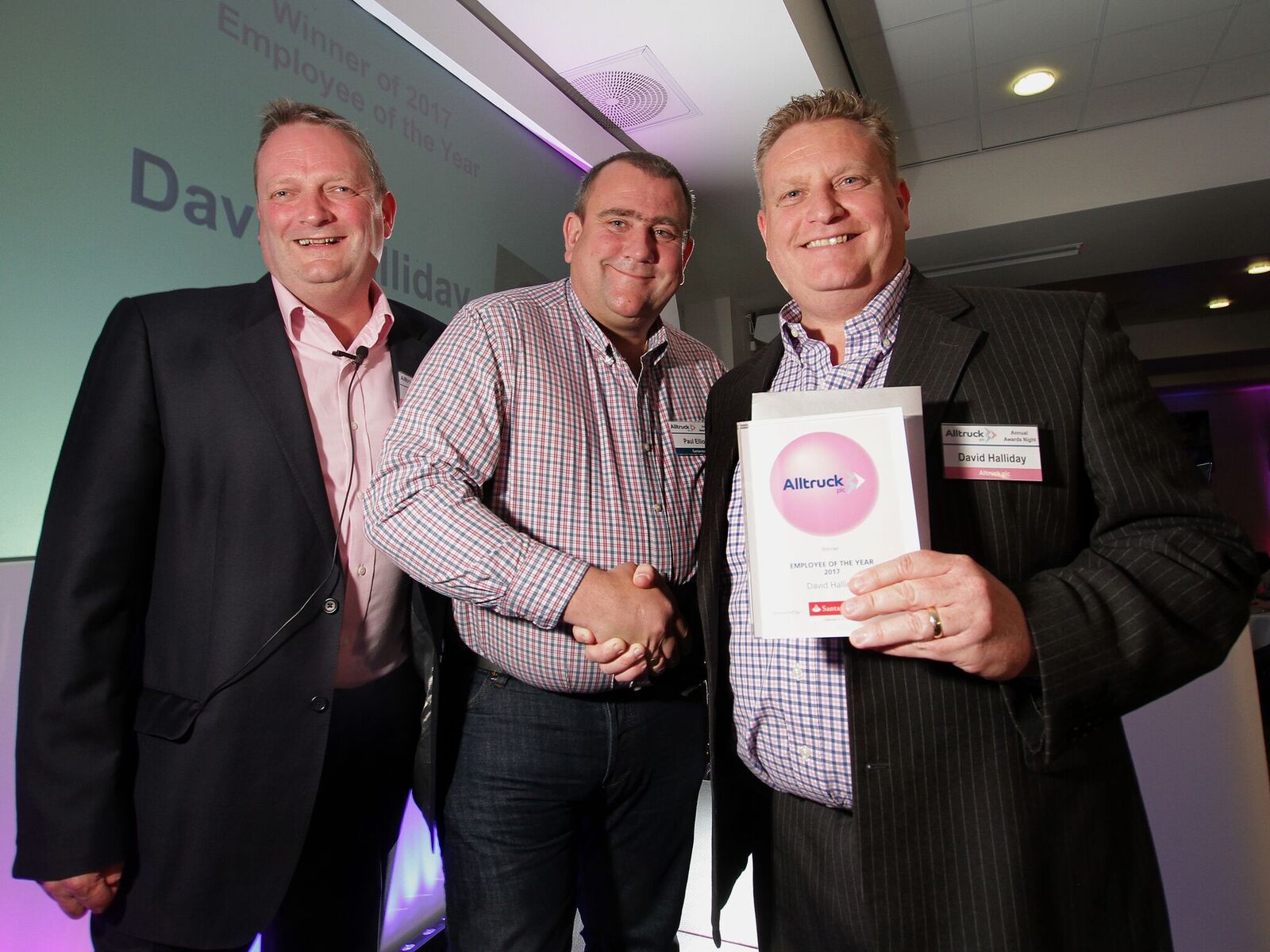 The Alltruck Awards Night is an occasion where our colleagues, customers and suppliers join together to celebrate all of our successes.

This year’s awards night, held at Leicester Tigers, had a fresh and exciting feel to the evening. The night’s theme was based on pink balls and our values. All who attended the evening now know, the pink ball is the metaphorical ‘spirit’ of Alltruck and it is our responsibility to ensure the pink ball continues to grow as we travel on our Alltruck journey.

Alltruck’s journey throughout the past year has seen a complete rebranding of the website, the Alltruck Academy growing from strength to strength leading to our recognition as a Gold IIP employer and our nomination the Motor Transport Awards. Quite a year I hear you say, alas we will not be resting on our laurels, instead we all see this as a platform to grow our pink ball. 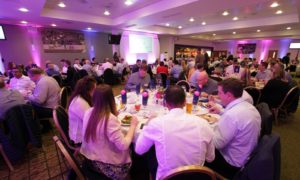 The first award of the night was the Business Partner Award 2017. This year’s nominees were Ford & Slater and Petronas. Both have contributed to the growth and success over the course of 2016/2017, however, it was Ford & Slater who were announced as this year’s winners. 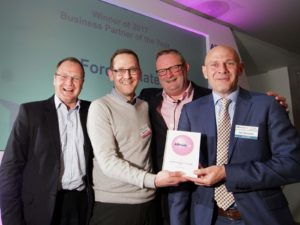 This award, sponsored by Bandvulc, recognises the positive impact new recruits who have recently started their journey with Alltruck have had. As previously mentioned, this has been a great year for Alltruck not least because of the support and growth of our newcomers. The nominees were as follows: Claire Valentine, Lisa Mayes, Dan Hillier and Helen Allen. Lisa Mayes was presented with the award, her impact within the accounts team has been nothing short of astounding and her enthusiasm throughout Croft House has inspired all who work alongside her. 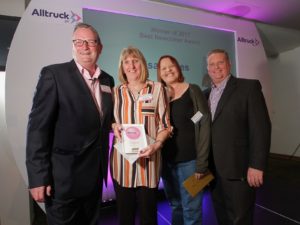 Sponsored by APC Accountancy, the Award for Outstanding Commitment reflects our values as an organisation and is often fiercely contested with a strong core of nominees. Adam Stanton, Andy Hunt, Gary Morton, Natalie Coates, Dan Valentine and Andrea Collier were this year’s nominees. Gary Morton’s journey with Alltruck has been extraordinary, from valeter to fleet controller to his current role as account manager Gary has certainly shown ‘outstanding commitment’. 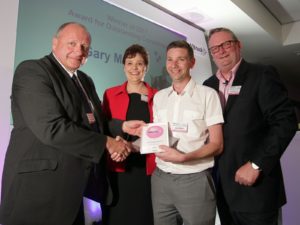 Team of the Year 2017, sponsored by Cooke and Mason, saw five teams in contention. Continuous Improvement, Truck Rental, Mobile Technicians, Public Sector and Nottingham Workshop. This year has seen Alltruck face many new challenges all of which have been tackled head on by our various departments, but there has been one team which has stood head and shoulders above the rest. Winning the award for the second time in three years Public Sector have continued to strive for success and are setting the standard for all other departments to aspire to. 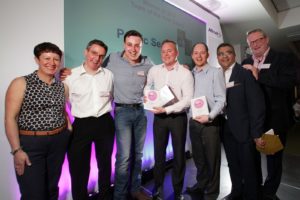 A new award for this year saw a new sponsor, Dhollandia. The purpose of this award was to recognise the development of our people which is a cornerstone of the Alltruck mission. Natalia Dembinska, Keith Liddle, Paul Juba, Oliver English and Alex Rees were the nominees for this inaugural award. Oliver English was announced as this year’s winner. Throughout the business, it has been widely acknowledged that the Oliver English within Alltruck today is unrecognisable from the rough diamond who started with Alltruck back in 2015. 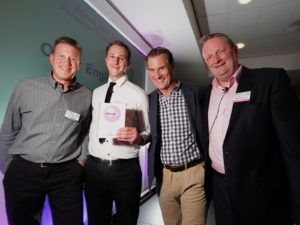 The Player’s Player gives every Alltruck employee the opportunity to vote for their employee of the year, this award is sponsored by Leicestershire Cares. It is often seen as the award everyone wants to win, to be recognised by your peers there can be no higher accolade. The three vying for the award were Matt Reynolds, Sam Allen and Gary Morton. The winner, receiving the loudest cheer of the night was Gary Morton. It was clear to see that Gary was taken aback by this and this award reinforces his win earlier in the night. In typical Gary style, he sent an email out the following day “Just a quick thank you to each and every one who put my name forward for The Players Player Award, I was generally shocked and speechless. It is a pleasure to work with such a great bunch of people.” 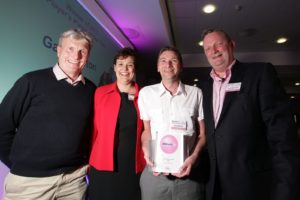 This award, sponsored by Santander, recognises individuals who have gone the extra mile to ensure our success. The nominees were Wayne Nicholson, David Halliday, Andrea Collier and Lisa Mayes. Common traits exist amongst the nominees, courage, commitment and caring. The result being that they have had a huge impact on Alltruck over the last 12 months. The Employee of the Year 2017 was David Halliday, the Bodyshop and the Loughborough depot have flourished under David’s leadership enabling Alltruck to have a year to remember. 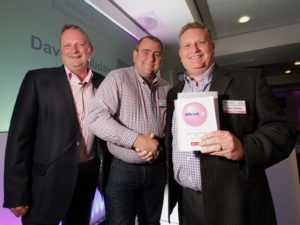 Another great Awards Night and some fantastic winners supported by strong group of nominees. Congratulations to everyone associated with Alltruck for ensuring that the pink ball continues to grow.