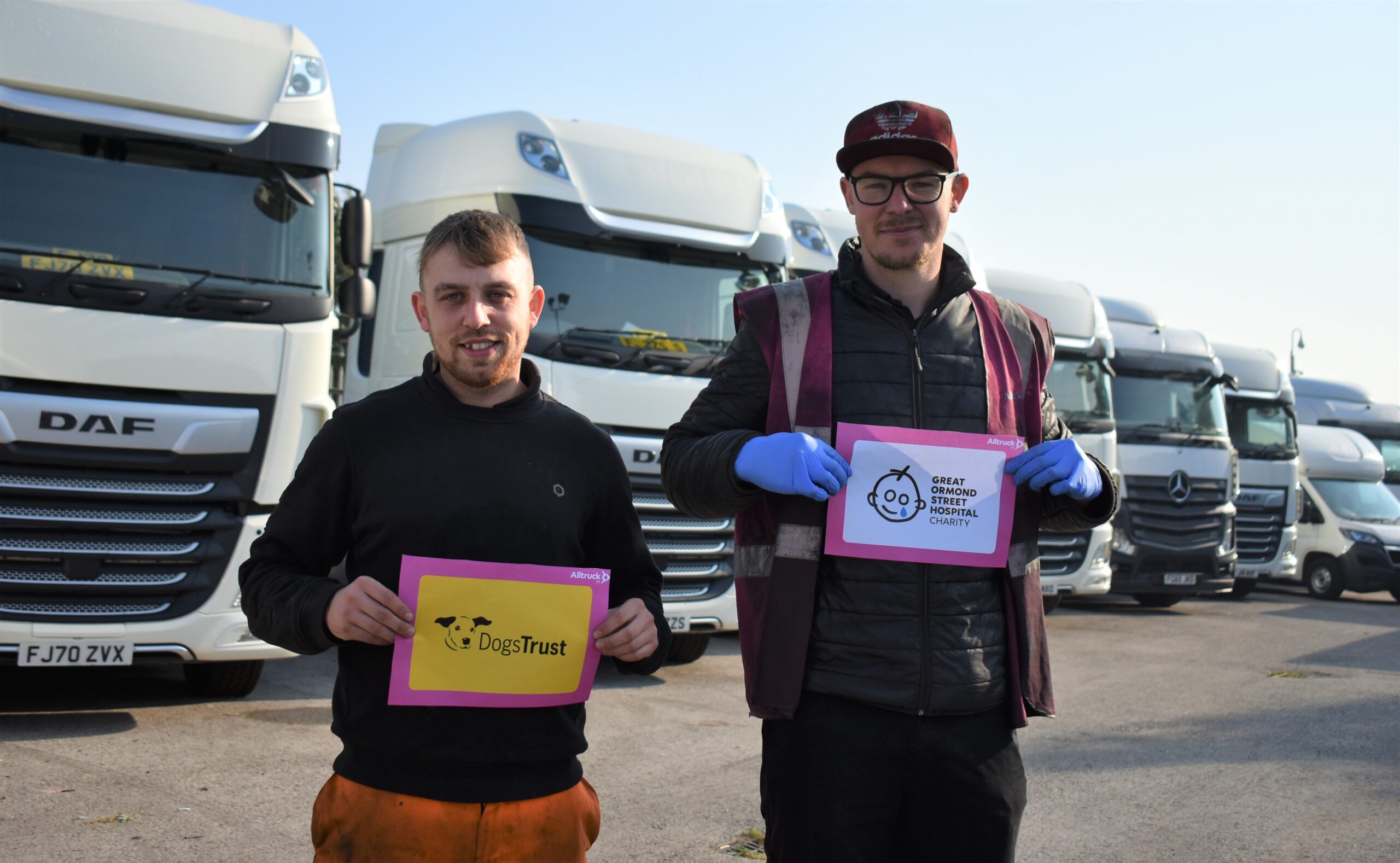 The past 6 months have been tough for us all, but it’s the courage and determination of our staff that has pulled us through these unusual circumstances with our strong team spirit intact.

Ben Eminson and Brandon Loveday are both HGV Technicians at our Nottingham site, and they have truly epitomised what it means to be a “team player”, shown through their hard work, determination, and willingness to help wherever they can.

Brandon joined Alltruck plc in March this year, after previously running his own mobile inspection and technician business for buses and trucks. It’s safe to say that Brandon joined the business at a strange time and he (along with our other HGV Technicians and bodyworkers) has been required to work throughout the whole pandemic.

Ben has been working at Alltruck plc for almost 2 years now, having previously worked in the army for 5 years as a technician working on armoured vehicles. He, too, was working throughout the national lockdown.

Thanks to the efforts of Ben and Brandon, our Nottingham workshop has been running smoothly throughout the year. Our Managing Director, Paul Robinson, announced a “double employee of the month” for August, stating that “this month’s nominations show the great work that is being done across all areas of the business as Alltruck returns to near normal activity levels.”

Ben and Brandon received 6 nominations between them for Employee of the Month and were both given outstanding praises by their manager and fellow colleagues.

With Helen Bell (Workshop Administrator) and Ben Smith (Workshop Foreman) both on holiday, Ben Eminson took the reins with support from Brandon.

I am impressed and proud to see the effort the pair have put in to keep the wheels turning, showing commitment, determination, and resilience to take on whatever was thrown at them, no matter the request to start early, stay later, travel across the country, shunt vehicles around for contractors on-site, or dealing directly with customers, they carried it out with a smile on their face and a positive can-do attitude.

The last two weeks really has shown me how the Alltruck culture develops people’s skills and behaviors, and it is great to see this shining through in these two individuals.

A massive thank you to both, it really was great to see the pair of you work in unison. You don’t realise how much help and support the pair of you gave me, well done lads.

As a reward for winning Employee of the Month, both Ben and Brandon received £125 to donate to a charity of their choice.